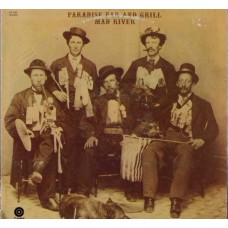 Mad River  formed at Antioch College in Yellow Springs, Ohio in April 1966. The band took its name from the nearby Mad River. By March 1967 they had relocated to Berkeley, California. There they came to the attention of cult author Richard Brautigan who launched the band into the growing hippie culture. They released an EP on the independent Wee label before signing a contract with Capitol Records in February 1968. The group's lead songwriter was Lawrence Hammond, but all of the members sang vocals. They released two albums before disbanding in July 1969.