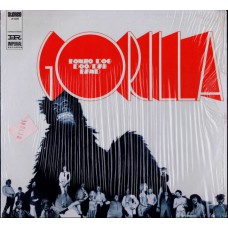 Gorilla is the debut album by the Bonzo Dog Doo-Dah Band, originally released by Liberty Records in 1967.
The album includes "Jazz, (Delicious Hot, Disgusting Cold)" which savagely parodied their early "trad" jazz roots and featured some of the most deliberately inept jazz playing ever recorded—the record company only allowed two hours of studio time per track, so it was completed in a single take to allow for the far more complex "The Intro and the Outro" in which every member of the band was introduced and played a solo, starting with genuine band members, before including such improbable members as John Wayne on xylophone, Adolf Hitler on vibes, and J. Arthur Rank on gong. Other 'band members' included Val Doonican, Horace Batchelor and Lord Snooty and His Pals.